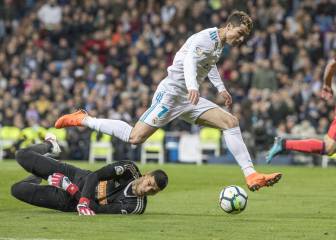 Luis "Deilor" Sevilla is considered one of the best trainers in the world of eSports. He put down his controller to speak about the challenges of the industry and his future.

Born in Valencia, Luis "Deilor" Sevilla is considered to be one of the brightest minds in electronic sports. With a past in professional poker, he made the giant leap to eSports as coach of Fnatic, one of the most historic clubs of the scene. We spoke openly about the current state of eSports, his own future, the LCS and Fnatic.

Shafi: Fnatic had a magnificent World Championship in 2015, reaching the semi-finals of the tournament. This year the team has finished in the middle of the table in the Spring and Summer Split. What do you think were the reasons?

Deilor: The main problem was that we didn't have a leader without Yellowstar. The responsibility fell on Febiven and Rekkles, who accepted the power, but weren't really able to take on that responsibility. In the first few weeks of starting the split we replaced Noxiak for a rookie without competitive experience and the adaptation of Gamsu was very slow. The combination of these three things meant that we were unable to make third place in the playoffs.

Shafi: Do you think that Reignover and Huni were impossible to replace and that significantly affected the level of the team?

Deilor: Of course, the departure of Huni and Reignover affected the team. After training a group of people for a year, when a couple of players leave that is a problem.

Shafi: Maybe the players were not motivated enough. Was that a trigger?

Deilor: There were players that were not committed. When you are a professional in any field, you have to make sacrifices in order to continue in the "elite" and there were players that simply were not willing to cooperate. Their level of motivation was very low and when this happens to you with one or more players it affects the rest and in the end the motivation of the team is far from where it should be.

Shafi: A few weeks ago Febiven stated that he had sacrificed his own picks for the team, after your response I understand what are you referring to.

Deilor: One must understand that in a team of five people not everyone is going to play what he wants, you can't have five players who want to always win their lane, you are going to need people who sacrifice their own picks for the good of the draft. If your players are not willing to do so, you have a very serious problem in the draft. In addition, our champion pools were obsolete making it even more difficult to draft. Last year it was clear who was making the sacrifices, but this year we simply had players who were not willing to make them and, if they did, it was done reluctantly and then they played badly.

There were players who simply weren't willing to make sacrifices

Shafi: Before his departure from Fnatic, Spirit commented: "I think that players always have to respect the coach, if you don't respect the coach the team is over". Have you been criticized as a coach?

Deilor: I have always been criticized, last year too. The work of a coach is to increase the performance of the team, to make your players grow. If they grow as people it will be easier to grow within the game, because basically you are changing their way of thinking. When you push someone outside of his comfort zone to make him grow as a person and as a player, you are going to be criticized. Nobody wants to go out of their comfort zone, unless they are aware that they have to leave that area in order to grow. From my point of view it is somewhat normal to criticize the coach.

Shafi: Is this maybe a lack of professionalism or due to the players being young?

Deilor: Yes, there is a serious lack of professionalism, but the problem is not that they are young; the problem is that they are young players without training. I refer here to competitive training within League of Legends. For example, if you are a child that plays football well, you join your school's team and, from a young age, you always have coaches, colleagues, you have to travel, etc. You will develop your social skills, learn to be a good teammate and understand the structure of a club. With players of League of Legends it is not so. They are 16/17-year-old youngsters that are in their house where the majority do not have instilled discipline or teamwork, playing video games and, suddenly, they find themselves in a gaming house with four other kids like them and a coach and manager a bit older. There isn't a degree to be a professional player so when they arrive to the gaming house they are extremely green.

The industry is so green that the work you have to do as a coach is as psychologist, father, strategist, nutritionist, personal trainer...

Shafi: The patch that removed the lane swaps, has it been an important factor for the current state of Fnatic?

Deilor: Yes, I think it has been important. We had greater knowledge of the lane swap than the majority of the teams in the LCS. For us, lane swapping was very good. In normal lanes the control of the game is mainly on the mid-lane, therefore the jungle focus will be in the middle or at the top and this is something that we didn't have, our mid-lane and jungle had no synergy.

Shafi: If you came back to Fnatic, what changes would you make on the team to face the new season?

Deilor: I would make roster changes, of course, look for players willing to do what is necessary to get and stay in the elite.

Shafi: What has been your biggest challenge with Fnatic?

Deilor: To be honest, I wouldn't really know what to tell you, each player is different. There were players that were very difficult to make them take soloQ or scrims seriously, for others it was impossible to criticize them without it being taken as something personal and other players could not be convinced in the matter that the body and the brain are not separated. What I mean is that if you are exhausted physically you will not be able to do any activity that requires maximum concentration as well as if you are depressed you're going to feel very weak physically.

Shafi: Do you think that the physical exercise is important within eSports?

Deilor: Yes, it is very important. When you exercise you produce neurochemicals that make you feel less stressed, you have more energy and your rests are more profitable. In addition, if you take care of your diet you will have a better level of sustained energy for longer. The players spend sixteen hours a day sitting in a chair in front of the computer and have to do physical exercise to ensure that this does not affect the body or the brain. For example, if you have a small problem in the hip, although you aren't aware of it, your body is going to make a micro-correction and then you are going to lay slightly different, your column will be placed slightly different, your head will be slightly different and so on, then there will be a string of micro-corrections that will change the way you use the mouse or the manner in which you put the hand on the keyboard. This will accumulate and at the end it reaches a point in which something hurts the player. In eSports until something serious happens the players don't realize it.

Organizations don't have the adequate structure, nor do players have the resources needed to reach their full potential

Shafi: Do you think that creating some divisions within the competition would improve the level of the LCS?

Deilor: I think that if they make divisions as in traditional sports it would be very good. The younger children could compete among themselves and grow faster as team players. If you invest in children to play your game and to have a goal, your game will live on much longer.

League of legends, like in its professional version, has a young structure and many of the discussions of professionals within the industry are on this topic, how to improve the competition in this eSport.

Shafi: eSports in general has a very young scene, is growing and it needs to professionalize the players, coaches, the clubs… everything.

Deilor: Yes, in fact this is the main reason why I don’t want to continue coaching. The industry is so green that the work you have to do as a coach is as psychologist, father, strategist, nutritionist, personal trainer, etc. Anyway, all these changes do have to be implemented.

Shafi: Do you think that the influx of money in eSports is moving faster than the quality of these eSports? With quality I am referring to the players, contracts, equipment, doctors, psychiatrists, physical trainers… etc.

Deilor: There is not enough money for this. For example, a professional basketball team can have extensive staff, but right now in a team of League of Legends you have a coach, an analyst, a manager... and if you have a sports psychologist you are very lucky. There aren't enough personnel and, in addition, traditional sports have adequate substitutes whereas, in contrast, there aren't any substitutes in eSports, which gives players an absurd amount of power. If a player does not want to play or train you have to do some magic to make him want to play again and to concentrate. In traditional sports every player has a substitute who is eager to get onto the field play.

Shafi: What is your professional future? Will you retire from eSports?

Deilor: I won't leave eSports, I think it is a very interesting world and there is a lot to improve. But as I have said I don't want to continue coaching. I believe that I can have more impact in other ways and there isn't an interesting enough project.

There aren't any substitutes in eSports...so if a player does not want to play or train you have to do some magic

Shafi: What would a project have to have to be interesting enough and in which other ways do you want to impact eSports?

Deilor: It would require ten players, a gaming house and office staff with a psychologist, physiotherapist and other specialists... Something very similar to a professional team in any sport. The project would require huge funding and, even if this opportunity appeared, I would not want to coach the team, I would like to manage the project. Today my goal is to professionalize this industry, change the culture of eSports and help them evolve. The fans are already here, but the organizations don't have the appropriate structure, nor do the players have the resources needed to achieve their maximum potential. For this I am focusing on health, growth and performance of the professionals as pillars of change. If there is an opportunity interesting enough I might work with a team, but my goal is that my work benefits all professionals, organizations and fans of eSports, not just a single team.

DeepMind taking artificial intelligence to the next level

How will a Trump presidency affect eSports?