The EU LCS's problem is a blatant lack of charisma 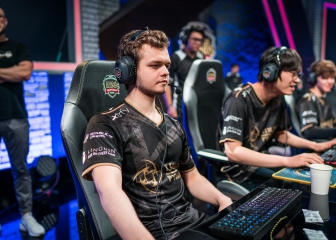 The EU LCS's problem is a blatant lack of charisma

The decline in viewers of the European League of Legends top competition is largely due to a lack of icons the public can identify with.

The decline in interest in the League of Legends' top competition in Europe has been a recurring topic for at least two splits. Last year, the focus of discussion was the overlap of the channels on which the games were broadcast, a problem that was apparently solved by the introduction of the new format.

However, the debate on the state of the EU LCS' audience has not ignored the conversations among community members. The viewers numbers recorded on the Riot Games' official English stream are highly scrutinised week after week and, to the discredit of many, show the real situation to be an alarming one.

It is true that the public is dispersed between the different national broadcasts, yet the current total audience does not usually hit the same number of viewers it used to. According to Influencer data at the time of writing, the largest peak of simultaneous users obtained in the last thirty days by the EULCS1 channel was 106,778. At the same time, an average of 35,034 viewers follow the channel each day.

Tracking the audience of both the EULCS1 channel and those broadcasting in other languages, such as Summoner's Inn or O'Gaming, is complicated not only by the scarcity of sources to access the data, but also because they often include more content than the EU LCS. For example, the Challenger Series is broadcast on Riot Games' channel and Liga de Videojuegos Profesional runs the Superliga Orange, the Spanish League of Legends league

Although not completely accurate, the figures presented are particularly worrying considering that in the last month some of the best series’ that Europe can offer, such as G2 Esports or Misfits against Unicorns of Love, have taken place.

In North America, the double broadcast format has remained, so the public has to choose which series they prefer to see live. Even so, NALCS1 and NALCS2, the official Riot Games' channels for the top competition across the pond, record together an average of 104,100 simultaneous viewers. The NA LCS has always had a larger audience than the EU LCS. That said, the fact that the American average is almost the same as the European peak is worrying, especially considering that the broadcasting time has been greater in North America.

I would be lying if I said I knew in detail the reasons why the public has lost interest in the EU LCS. Most probably, only Riot Games has the necessary tools to carry out a study capable of solving this question, but I consider it revolves around a blatant lack of charisma of the players.

Europe has run out of heroes. Many of them, such as Alexey "Alex Ich" Ichetovkin or Henrik "Froggen" Hansen, opted for the prosperity of other lands. Others, such as Bora "YellOwStaR" Kim, have retired. Those who had potential, such as Søren "Bjergsen" Bjerg or Erlend "nukeduck" Våtevik Holm, have matured in other regions or have not lived up to their early promise. In short, the legends that shaped the continent have disappeared from the landscape and the subsequent generations have been unable to fill the void.

Martin "Rekkles" Larsson, perhaps Marcin "Jankos" Jankowski, and some G2 Esports players, are among the few, leaving aside veterans like Paul "sOAZ" Boyer or Enrique "xPeke" Cedeño, who still have a major impact. Apart from the wonder kid of Fnatic, there's nobody of the notoriety of Yiliang "Doublelift" "Peter" Peng, Zaqueri "Aphromoo" Black, or Hai "Hai" Du Lam.

One of the simplest, yet simultaneously complicated, ways of forging new stars is through sporting success. Players such as Jesper "Zven" Svenningsen or Luka "PerkZ" Perković, despite not having been in the league for a long time, have managed to place themselves in the collective imagination thanks to a mix of individual performance, collective titles and personality.

Yet, in the world of sport there are far more cases of white mambas than black ones. Only a few professionals have the skill, and the team around them, to increase their popularity by way of success in the competition. It is therefore imperative to look for other ways of making a name among the spectators.

The aim has to be that varying segments of the audience identify with a player to the point where they are inspired to follow their path. The calibre of the professional holds little sway in this regard. In fact, Brian Scalabrine, in his position as a NBA commentator, is a clear example that sometimes the virtue is in the flaw.

To achieve this status, it is necessary for the player in question to ooze charisma from head to toe, such as Konstantinos "FORG1VEN" Tzortziou or Kirill "Likkrit" Malofeyev. Both scenarios require two indispensable requirements: the willingness to exhibit, and a well-designed communication strategy.

I'm going to reveal a secret: Anthony Davis, star of New Orleans Pelicans, has a uni-brow. "It just makes me different," said the power forward, when asked why he did not shave it. Most likely, a normal person does not get any benefit from this peculiar style of facial hair but if he is a NBA franchise player, things change. If Davis suffers an injury that robs him of his skill, it does not matter. He will continue to be "The Brow" wherever he goes thanks to his smart marketing.

As much as Unicorns of Love's manager Romain Bigeard says, the player’s origin does not matter when it comes to forming their narrative. While it is true that a spectator is more likely to be interested in a competitor of the same nationality, the sports industry has shown on countless occasions that distances do not exist if there is a good story in between. Otherwise, Heo "Huni" Seung-hoon would never have had a legion of followers in the West, waiting for his reactions to capture gifs and generate memes.

I refuse to believe that there aren't any players in the EU LCS with an electrifying personality or fascinating background capable of capturing the imagination of a League of Legends fan from any part of the planet. What I do find quite clear is that neither the players, nor most organizations, pay any attention to the cultivation of personal brands.

Not all people feel comfortable outside their comfort zone. It is not necessary to follow the example of Lee "firebathero" Sung Eun and give a real show, it is understood that some prefer to keep a low profile. The problem comes when even the actions of the extroverts, like Jankos seem artificial.

All that being said, the exacerbated sweetening of reality that characterizes Riot Games, which barely allows players to venture into a politically incorrect environment and condemns them through the stigma of toxicity, is in no small part responsible for clipping their wings.

Even in this euphemism-plagued environment, the efforts of players are scarce. For example, it is difficult to believe that Unicorns of Love has not enhanced the image of its main players since 2014, Kiss "Vizicsacsi" Tamás and Zdravets "Hylissang" Galabov, or even by encouraging personal streams.

Granted, the lack of charisma is not the only problem the EU LCS is facing. The presence of four low level teams does not catch the attention of the fans in a series where the result is easy to predict and that often, because of the nature of the metagame in the old continent, is boring. Likewise, the audiovisual department of Riot Games in Berlin does not have the same resources as Santa Monica's, neither material nor human, to produce stories.

It is possible that League of Legends has simply reached its zenith in Europe, but surrendering to the unstoppable passage of time is not an option. Discarding this apocalyptic scenario, it is necessary, therefore, that players dare to leave their shells, that their organizations promote and support an increase of their visibility, that third parties do not limit their expressive will, and that the media adequately promote their stories.

To paraphrase Archimedes, give me a narrative and I will move the world. Or, at least, the EU LCS.

Hard reality faces eSports gamers in their battle with injuries