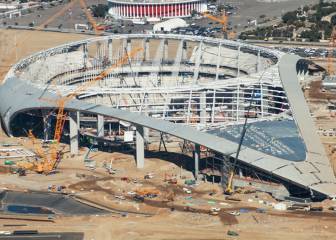 1. Let's go back in time to April 1992, you were chosen for the Miami Dolphins in the first round as a cornerback? How is it for a player to experience the draft from inside? How do you remember it? and could you imagine you where going to have a career like you had from that day?

A. When the Dolphins selected me with the 7th pick, it was an exciting moment of triumph. The draft experience is more than hearing your name announced and accepting a hand-shake and a jersey at the podium. It’s recognition that all the effort and dreams that were invested through the years by family, coaches, community and hard work had paid off.

One of the most memorable experiences for me was when I returned back home to neighborhood in Trenton, NJ, after the draft. Family and friends had gathered there to celebrate with me. Coaches, friends, family all helped me keep the evening in perspective. Within a couple of hours, I was on the old court in the park around the corner playing a game of pick up of basketball. I knew that this had to be treated like another day—that the true challenge was ahead in competing for and earning a position on the Dolphins.

There is a scripture that says that to whom much is given, much is required, and that humility comes before honor. Being drafted by an NFL team brings a sense of accomplishment and humility. I realized that God not only blessed me with the opportunity to play the greatest game on the biggest stage in the world, but also with an awesome responsibility to do something great with it.

2. You always repeat that NFL athletes must be of an example for the community, they have to learn to behave professionally in the field and outside. You were a NFL star player. Could you really understand, at that time, how important your actions effected the people around you or you needed guidance from a seasoned player?

A. Beginning in high school, I believed sport to be a tremendous avenue to learn about yourself and to attain success in life. I always understood the platform of sport, like in life, had choices, decisions and consequences. I was just looking for a different way of life. Throughout my playing experience and even to this day, I strive to use the platform to glorify God—to be a transformational leader. In that, my hope is that people will be impacted in a positive way. I always tell our rookies to find a veteran player who can mentor them, show them the ropes, so to speak. Linebacker John Offerdahl took me in and taught me how to be a pro when I first came to Miami.

3. Talking about guidance, who were your mentors throughout your career?

A. During my playing days, I was so fortunate to find my coaches and mentors often being one and the same. There were many in my life who served as wonderful and effective mentors—my high school coach Jim Dundula, my grandfather Jefferson Vincent, Miami Linebacker John Offerdahl, Hall of Famers Emmitt Thomas, Dan Marino, and Gene Upshaw, Coach Barry Alvarez, Mel Phillips, Leslie Frazier my defensive backs coach in Philadelphia, Buffalo Bills Owner Ralph Wilson—just to name a few.

4. You are an excellent communicator, were you already a leader in the teams you played? Did you have the opportunity to change the behaviour of some fellow players?

A. Being a former player, a union leader, and now a league executive has presented many opportunities to serve those who are involved with the game. Asking the question, “How can I assist you,” standing for what is honorable and moral, putting a hand on a shoulder, telling someone they are doing a good job, coaching up rather than tearing down, are all aspects of being a leader and developing lasting relationships that impact behavior and change hearts.

5. How important is it to reach out and help the community?

A. We are all accountable and we all share a responsibility before, during and after our playing experience is finished. As former players, as coaches, as members of the NFL family, the impact we can have on our respective communities is enormous. The vast majority of current and former NFL players reach out to their communities in various ways whether it be through donating to an important cause, coaching, or lending a helping hand. The impact reaches far beyond the act. It’s what America is all about. Bringing communities together is an intrinsic value of football.

It’s also so very important to understand the importance of football to society. We have seen this as we developed our approach toward domestic violence, sexual assault and child abuse. It is a privilege, not a right, to play in the National Football League. It’s important for the NFL community—players, coaches, personnel, league employees—to embrace the unique leadership role that we play in society and the trust that is placed in us. From time to time, that may mean taking a stand and being a voice for the voiceless.

6. Disciplinary actions are something to be dreaded or do you see them as an opportunity to show players and/or officials the true meaning of respect for the rule book and the game

A. I enjoy the opportunity to continue contributing to the game I love, and sharing a player’s perspective on the many facets of the business of football. If there is anything I dislike about my job, it is the disciplinary side of things. In sport as in life accountability is paramount. Managing and maintaining order and discipline, however, is necessary and ultimately good for the game, the players, coaches, and our fans.

A. I was blessed to play for 15 years. The wonderful people I met, the lifetime brotherhood with those with whom I played and competed, and the relationships that were built, are all part of the good. Just having the opportunity to use sport as a platform for social change and as an instrument for the Lord is also how the good far outweighs the bad and the ugly. Some of the things that are bad and ugly are found in injury—both personal and to others—and the inevitable result of competition when men are being released from their team. Football is a microcosm of life—you have success, adversity, highs and lows. Each play teaches how to get better on the next one. The value of football to society is that honor, respect, resiliency, and responsibility to team are compressed into one practice on one day. To me, the good far outweighs the rest.

8. Do you feel more comfortable in a suit as a member of the board of NFL or on the field wearing a football jersey?

A. It’s not about feeling more comfortable in a suit or a jersey. The body has an expiration date. In anticipation of that, I prepared for the next step through education and relationship building, gaining skills and knowledge that transferred from the locker room to the boardroom. I feel very blessed to have moved from a participant to a contributor to our game. There is great opportunity as a former player to have influence with the younger, current players as well as those who have transitioned from the game. Football creates brotherhood and transcends race, age, gender and other elements of society. It is wonderful to have played the game in the past and to contribute now to its future.

9. You have a wide area of responsibility from officials to players' development, overseeing a big team of professionals and experts. Do you feel the pressure to give an optimal input every single minute in meetings, interviews, etc.? Could you compare it to the pressure of delivering on the field when you were a player?

A. From a professional perspective, we control what we can control and we use every opportunity to get better at what we do. Whether on the playing field or in the corporate office, the highest form of competition is competing against one’s self—being sharp, focused, applying what you know to be the best you can be and work to bring out the best in others.

10. Is there a fun side in being the boss of operations?

A. Fun for me is seeing progress and improvement, achieving goals, seeing others achieve their goals. I’ve always been in the people development business. To see our executives develop and hone their leadership skills and transfer those skills to others is fun. From a game day perspective, knowing that our group has brought a tremendous product to the respective NFL community and has brought joy to others because of it, also fits my definition of fun. Yes, I love what I do and it is fun serving others and watching their growth both personally and professionally.

11. How is your planning for the week during the season? Do you follow a strict schedule?

A. My days and weeks are fairly well planned out. I begin my day early in the morning, work out, catch up on the news and information needed to prepare for the day, and have things scheduled all day long. While my schedule is generally full, there are breaks now and then that allow me to gather my thoughts and approach strategic issues. It’s not a normal nine to five work day.

12. Father of five children and a demanding career, do you find time for yourself? Do have other hobbies or follow other sports?

A. Work-life balance is very important. The old saying that ‘all work and no play makes Johnny a dull boy’ holds true for all of us. It just so happens that my work is also great enjoyment. My wife, Tommi, and I work hard to guard our marriage and family against imbalance. We have boys playing football in both high school and college. We have middle school twins who are quite active in many endeavours. I love working in the yard, landscaping, mowing, trimming. I also love college football, boxing, high school and college track, watching the NBA finals—At the end of the day, one could say I’m a sports junkie. Something most people don’t know, watching historical debates, civil rights debates of the 1960s in particular, are a favourite pastime.