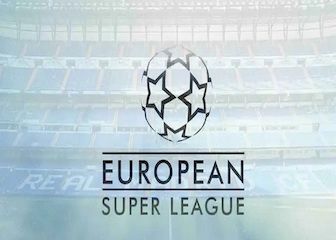 MONACO have confirmed Kylian Mbappe DOES have a release clause in his contract.

But Monaco sporting director Antonio Cordon is, rather surprisingly, unaware of what the release clause is exactly.

Mbappe's stock is continuing to rise at Monaco after his scintillating performances against Borussia Dortmund in the Champions League quarter-final.

The 18-year-old now has five goals in this year's competitions and became the first player in history to score in each of his first four Champions League knockout games following goals against Dortmund and Manchester City previously.Top clubs from all over Europe are chasing the teenage sensation's signature and Madrid are reportedly ahead of the queue.

But Cordon admitted the La Liga giants are yet to get in touch over a potential move in the summer.

"Have Real Madrid contacted us for Mbappe? The truth is they haven't,” Cordon told Cadena Ser.

"I hope that Mbappe continues with us for a long time and gives us many great nights of football."He is a player that has had an important progression and has deserved it. He is going strong

"There are many factors to consider in order for a player to succeed. He is still very young. We will see what happens this summer - we expect it to be a long one.

"I hope he stays for the good of Monaco, but we know how the market works and what football is like.

"He has a clause and it's quite a lot of money. I don't know exactly how much, but it's a lot." benzema to sell to madrid next season.