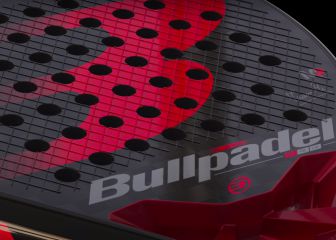 Messi, Neymar and Suarez may be available to English giants

CASH-STRAPPED Barcelona are struggling to keep Lionel Messi and Neymar out of the clutches of the Premier League’s big spenders.

Manchester City and Manchester United are preparing a staggering £350MILLION raid for the superstar pair.

And former Liverpool striker Luis Suarez could also be available if the price is right.

The La Liga giants are being pushed to the brink of financial meltdown as they try to convince their biggest assets to stay in Spain.

But with the club’s current wage bill already at an unsustainable 73 PER CENT of revenue — and a £423m expansion of the Nou Camp to fund — that looks like mission impossible.

The cash rich outfits in England would be willing to meet the pair’s mega buyout clauses — AND trump any salaries the European champions could offer them.

SunSport revealed last week that City were in talks with Messi, 28, over a sensational £800,000-a-week deal at the Etihad.

We also told you that neighbours United were lining up a world-record move for Brazilian poster-boy Neymar, 23, last summer. The South American aces each have 2½ years remaining on their Barca contracts — and president Josep Maria Bartomeu is adamant they will NOT be sold.

But club chiefs know they have a weak hand as they enter negotiations because the stars’ representatives are well aware of the cash there is to be made elsewhere. Neymar is halfway through the five-year deal signed in 2013 and Barca bosses are desperate to extend it.

They are willing to raise his salary to match top-earner Messi’s current £500k-a-week deal — as well as the Argentinian’s £176m release clause. But, crucially, the club’s financial plight means they will NOT be able to increase Messi’s deal as well.

There is still no sponsor agreed for next season was negotiations with Qatar Airways having stalled after Barcelona pushed to up the current £40m-a-season agreement.

The Catalans even made a LOSS when they won the Champions League last season after being forced to pay massive bonuses to players and staff.

And even the £99m they will make through TV revenue this season is dwarfed by the Prem’s incredible £5.14billion deal.

He said: “The best solution is to sell a great player.

“There is talk of a proposal for Man United. But that is because of the mismanagement of the current leadership.

“Messi will never leave Barca. It is part of our emblem and our heart.

“I received many proposals when I was president. Notably Inter, who wanted to pay his release clause, but I always refused.

“For Neymar, it’s different. The economic situation of the club is not good. The current president must sell players or assets to balance the books.”

Manchester United are preparing a stunning £350million double raid for Lionel Messi and Neymar, according to reports.

Barcelona are struggling to hold onto the superstars as their huge wages are apparently crippling the La Liga giants.

And the Sun says United are preparing a £350m bid to bring both of the stars to Old Trafford.

The huge deal seems totally unlikely, but the paper adds that Barca’s wage bill is currently 73% of revenue and that can’t continue.

United would have the funds to meet both Messi’s and Neymar’s buyout clauses to close the transfers – and offer them huge salaries.