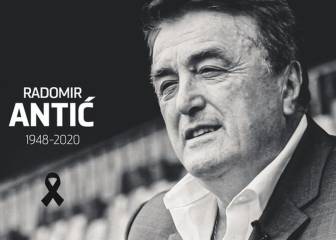 Ramos played his 500th game for the club in Pamplona, having become known as a master of vital late goals and netted 66 strikes in total.

In Saturday evening's win over Osasuna, Sergio Ramos took to the field in Pamplona for what was his 500th game for Real Madrid. The man from Camas, a town in the province of Seville, joined the capital club in 2005 from his local team Sevilla for the eye-watering sum (at the time) of €27 million euros, a record for a Spanish teenager. Since then he has gone on to become a legend for Los Blancos, and in recent years has built a reputation for scoring crucial late goals.

An icon into the history books

The central defender scored his first goal way back in his first season for the club. Although the team lost 1-2 against Olympiacos in the Champions League group stage, it was the new number four that notched Madrid’s goal. And how appropriate that the start of the player’s goal scoring exploits should come in Europe’s showpiece tournament. Three LaLiga titles and two Champions League triumphs are the icing on his honours’ cake with his goal in stoppage time in the 2014 final against neighbours Atlético now an iconic moment for club and fans alike. He followed that up with another goal in the 2016 final rubber-stambing his name in history as part of La Décima and La Undécima winning teams.

With a contract in place to keep their captain at the club until 2020, Real Madrid will be hoping that his defensive displays, team ethic and potency in front of the opposition goal continue for some time to come. He already has eight goals to his name this term – the best of his career –  and with the club sitting top of the league and into the last 16 of the Champions League, he’ll have high expectations to lead his club to more glory. Pamplona was the setting for game 500, what comes thereafter will define how far his legendary status at Madrid can go.